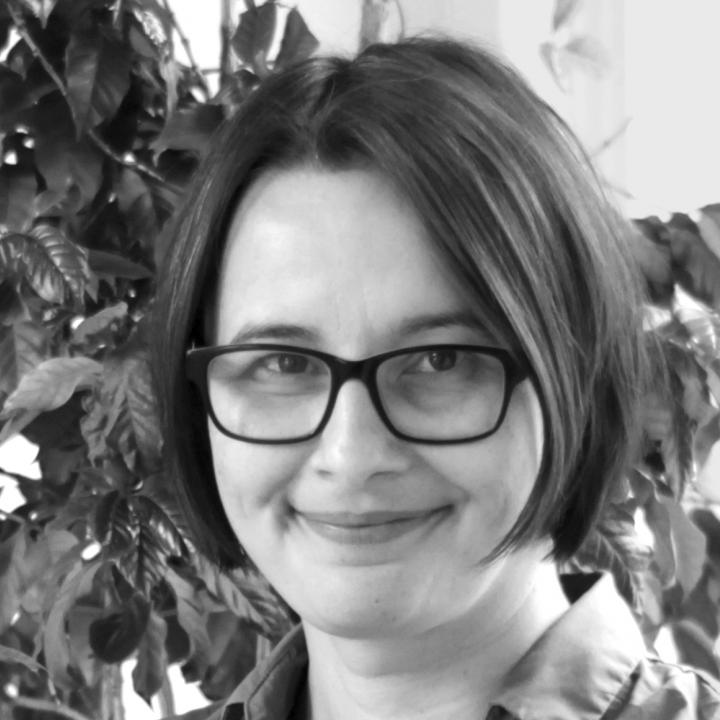 
Head of the Institute, PhD in linguistics, research advisor, professor

Tanja Petrović is a linguist and an anthropologist. She studied language and literature at the University of Belgrade and obtained a PhD from the Ljubljana Postgraduate School in Humanities (ISH) in 2005. Her dissertation was about language and identity strategies of a small Serbian-speaking community in Southern Slovenia and the relationship between the choice of language resources and broader social and political frames that were relevant for this community's positioning.

Dr Petrović is interested in uses and meanings of socialist and Yugoslav legacies in post-Yugoslav societies, as well as in cultural, linguistic, political, and social procesess that shape reality of these societies. She explores a plethora of issues, encompassing the role of language in forming ideologies, memory and identity, labor and gender histories in post-Yugoslav spaces, the relationship between memory, heritage, and historiographic narratives on Yugoslav socialism. She published numerous articles and monographs in the fields of anthropology of post-socialism, memory studies, masculinity, gender history, heritage studies, linguistic anthropology, and labor history.

Dr Petrović is a head of the Institute of Culture and Memory Studies ZRC SAZU and a professor at the ZRC SAZU Postgraduate school. She was a fellow at the Centre for Advanced Studies in Sofia (2005-06), the Wissenschaftskolleg zu Berlin (2010-11), and the Netherlands Institute for Advanced Studies (2013-14). She is also an Honorary research associate of The Graduate School for East and Southeast European Studies, the University of Regensburg.

Research advisor at Institute of Cultural and Memory Studies, Scientific Research Center of the Slovenian Academy of Sciences and Arts, Ljubljana, Slovenia

Head of the Institute of Culture and Memory Studies, Scientific Research Center of the Slovenian Academy of Sciences and Arts, Ljubljana

PhD, 2005, Ljubljana Postgraduate School of Humanities Institutum Studiorum Humanitatis Thesis Title “The Serbs of Bela Krajina and their Language Ideology in the Process of Language Shift”

Political laughter: towards an anthropology of humour

Language and identity in transnational context