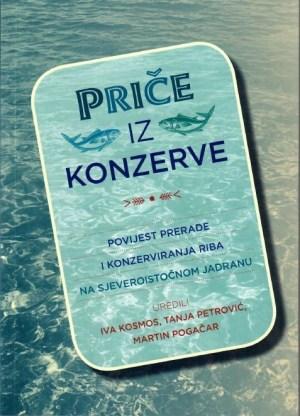 
The contributions in the book focus on fish cans and the fish canning industry in the Adriatic. This industry influenced the demographics andlifestyles, the logic of work and the relationship between work and leisure, as well as the biographies and memories of workers. Recently, it has been the subject of transformations, relocations, and disintegration that resulted from deindustrialisation and systemic changes.
The authors thus focus on local histories of fish canning factories, which are placed in two frameworks: synchronous and global framework of the rise and fall of the fish canning industry, in which the history of Adriatic factories is comparable in its impact on coastal urban demographics, female labor emancipation with the history of factories elsewhere in the world; and a diachronic framework of the collapse of fish canningindustry, which can be observed and explored in the context of the unfinished process of deindustrialisation of the Adriatic coast and its consequences.