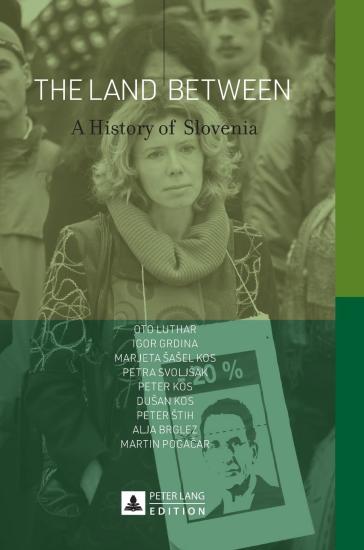 The Land Between [druga izdaja]. A History of Slovenia (second, revised edition)


The purpose of this book is to present a concise and intelligible history of the Slovenes. In addition to the usual and rather rare texts of this kind, the authors take into due consideration the history of the territory between the Eastern Alps and the Pannonian plain, starting with the period that began long before the first Slavic settlements. Thus, they wish to emphasize that the Slovenes’ ancestors did not settle an empty territory, but rather coexisted with other peoples and cultures ever since their arrival in the Eastern Alps. This has enabled them to build a community shaped by countless influences stemming from a long period of living alongside German, Romance, and South Slav neighbors in a melting pot of languages, cultures, and landscapes.
The same reasons have most probably also contributed to the perception of their land as a “land in between.” Constituting a link between Eastern and Western Europe, Slovenia has recently also been increasingly perceived as the meeting point of Central Europe and the Balkans. Today, history still occupies the central position in the life of the Slovenes. The heroic period of emancipation has been completed and the Slovenes will be bracing themselves for a no less turbulent period of challenging “essentialist” notions of identity in order to create a thoroughly open society.