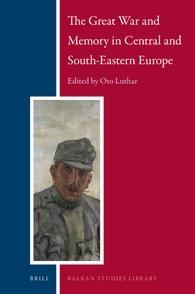 The Great War and Memory in Central and South-Eastern Europe.


This volume presents a series of chapters about the Great War and memory in Central and South-Eastern Europe which will widen the insufficient and spotty representations of the Great War in that region. The contributors deliver an important addition to present-day scholarship on the more or less unknown war in the Balkans and at the Italian fronts. Although it might not completely fill the striking gap in the historical representations of the situation between the Slovene-Italian Soča-Isonzo river in the North-West and the Greek-Macedonian border mountains around Mount Kajmakčalan in the South-East, it will add significantly to the scholarship on the Balkan theatre of war and provide a much-needed account of the suffering of civilians, ideas, loyalties and cultural hegemonies, as well as memories and the post-war memorial landscape.