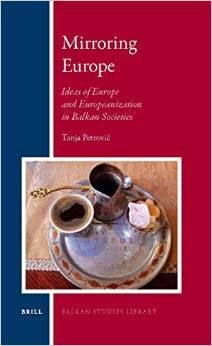 Mirroring Europe. Ideas of Europe and Europeanization in Balkan Societies


Mirroring Europe offers refreshing insight into the ways Europe is imagined, negotiated and evoked in Balkan societies in the time of their accession to the European Union. Until now, visions of Europe from the southeast of the continent have been largely overlooked. By examining political and academic discourses, cultural performances, and memory practices, this collection destabilizes supposedly clear and firm division of the continent into East and West, ‘old’ and ‘new’ Europe, ‘Europe’ and ‘still-not-Europe’. The essays collected here show Europe to be a dynamic, multifaceted, contested idea built on values, images and metaphors that are widely shared across such geographic and ideological frontiers.