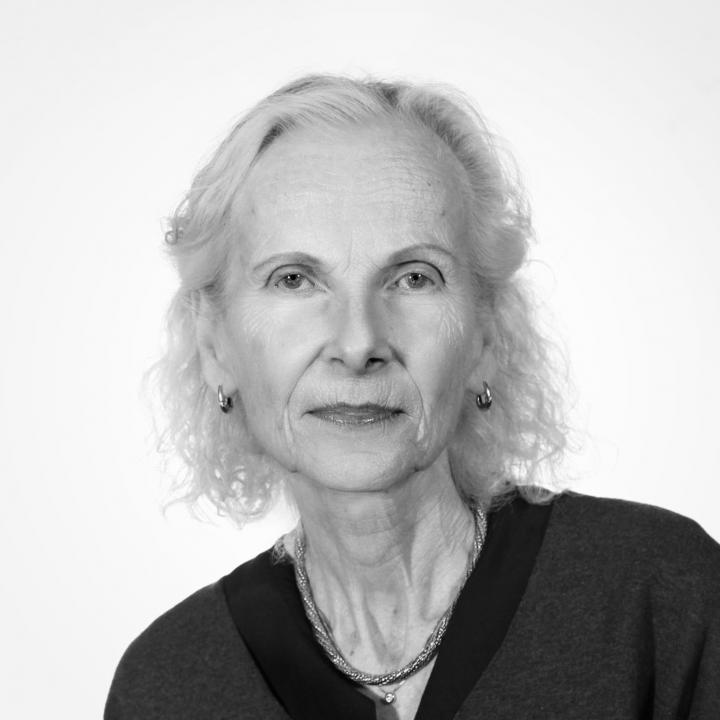 At ISN, she led the research project Customs and Holidays on the Slovene Ethnic Territory in the Second Half of the 20th and Beginning of the 21st Centuries (2001–2004) and Ethnological Perspectives and Images (from the 19th to 21st Centuries) (2004–2007); bilateral projects with Serbia, Slovakia, and Hungary; and coordinated the project Holidays and the Constitution of National Community in Slovenia (2011–2014). She has been a member of the editorial boards of the Bulletin of the Slovene Ethnological Society (Glasnik SED), Library of the SES Bulletin (Knjižnica Glasnika SED), Ethnological Topography of the Slovenian Ethnic Territory (Etnološka topografija slovenskega etničnega ozemlja), and the Slovenian Ethnological Lexicon (Slovenski etnološki leksikon). From 2004 onwards, she has been the co-editor of the journal Traditiones and of the book series Ethnologica - Dissertationes from 2011 onwards. She is also a member of the editorial board of the book series Slovene Storytellers (Slovenski pravljičarji) and sectoral editor for ethnology and anthropology for the New Slovenian Biographical Lexicon (Novi slovenski biografski leksikon). She is editor or co-editor of 21 monographies, author of numerous articles in scientific journals and chapters of scientific monographs both in Slovenia and abroad, as well as the author of numerous articles for encyclopedias and lexicons. She has also co-organized or participated in national and international scientific conferences.

Ingrid Slavec Gradišnik was a member of the Scientific Council for the Humanities of the Ministry of Education, Science and Sport of the Republic of Slovenia and the Slovenian Research Agency (2003–2010) as well as a member of the Council of the Slovenian Ethnographic Museum (2009–2017, president from 2013). She is also a member of the international editorial boards of numerous publications, including Bulletin of the Institute SAS (Glasnik Etnografskog instituta SANU (Belgrade), Slovenský národopis (Bratislava), Český lid (Prague), and Acta ethnographica Hungarica (Budapest). She is a member of the International Advisory Board to the Institute of Ethnology of the Czech Academy of Sciences; a foreign honorary member of the Hungarian Ethnological Society; member of the Slovenian Ethnological Society, the Société Internationale d'Ethnologie et de folklore (SIEF) and its working groups for the Ritual year, Cultural Heritage and Property, Space-Lore and Place-Lore and Historical Approaches in Cultural Analysis; as well as member of the Society for Slovene Studies.
She has been the head of the institute from 2011 onwards.

Ingrid Slavec Gradišnik was born in 1956 in Koper, where she attended elementary school and later completed her gymnasium studies in 1975. She received her undergraduate degree in ethnology and Slavic studies in 1981 and her Ph.D. in ethnology in 1999 from the Faculty of Arts of the University of Ljubljana (FF UL). From the years 1982 to 2001, she was employed in the Department of Ethnology of FF UL – as librarian, then as assistant and, finally, as assistant professor for general ethnology. From 2001 onwards, she has been affiliated to ZRC SAZU. She taught the course Identity and Multiculturalism at the Faculty of Humanities of the University of Primorska from 2003 to 2008.